Design a site like this with WordPress.com
Get started

Nick just took a job in San Francisco. I was here twenty-some years ago but that memory is pretty foggy (haha, SF reference). Anyway, it seems like I am seeing the city for the first time. Nick and Maddie have spent quite a bit of time here and love sharing it. With almost 750,000 people, San Francisco is the country’s 13th and California’s fourth largest city. The weather is relatively cool for California, which I prefer. Yes, it’s expensive, there’s a ton of traffic, and there are so many homeless people, but San Francisco is truly one of the country’s most unique and beautiful cities. 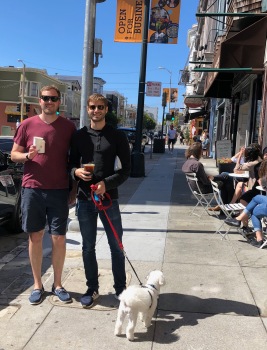 Nick and Danny (visiting from Chicago)

Henry was wearing a cone but it never seemed to bother him when his friend Frank was around! 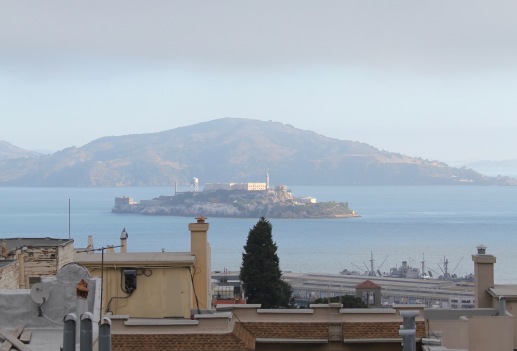 The view of Alcatraz and the Bay from Nick and Maddie’s place.

They were a couple blocks from Lombard Street, the famous crooked street. 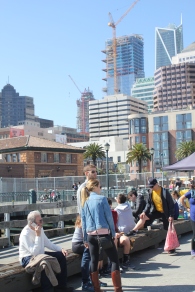 Downtown San Francisco from the Embarcadaro.

Saturday Farmers Market outside the Embarcadaro. Inside the building are many unique shops and restaurants. 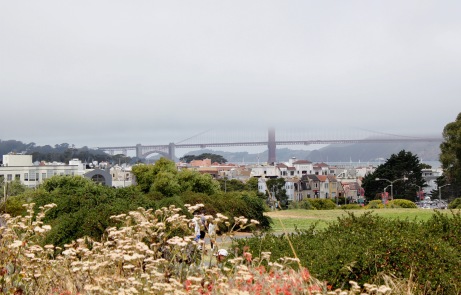 The park runs along the Marina and has views of the Golden Gate Bridge — well, at least part of it today! 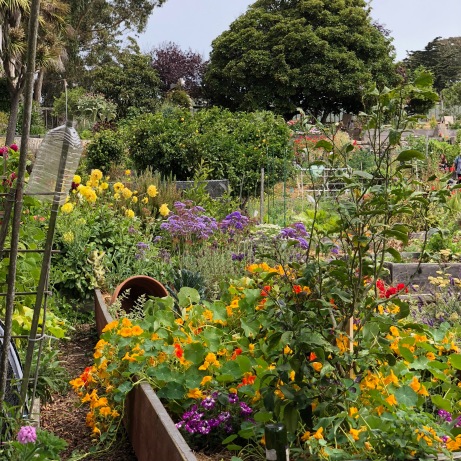 The grounds of the Golden Gate recreation area include a the Fort Mason Community Garden. 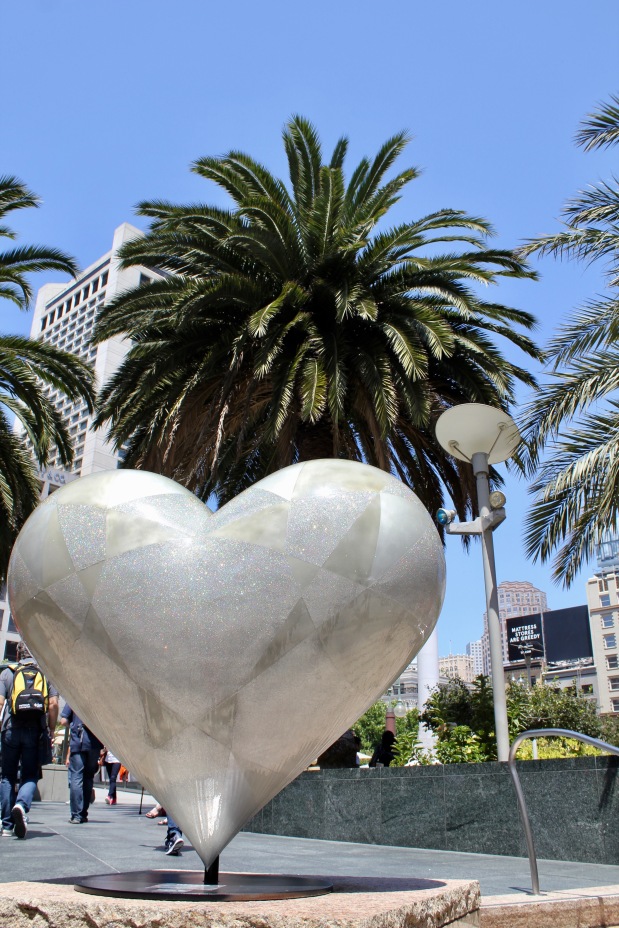 Nick and Maddie took us around many cool little neighborhoods. 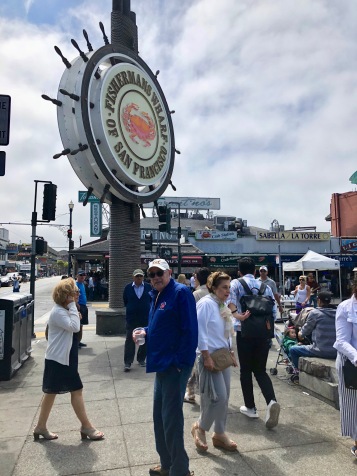 The obligatory trip to Fisherman’s Wharf 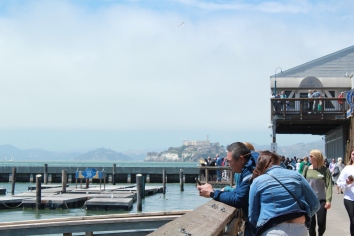 Popular Pier 39 with its views of Alcatrez and the sea lions.

Sometimes the rafts around Pier 39 are full of sea lions but there were only a few on the day we visited.

The steep streets in San Francisco are cool but I am not a fan of driving them! 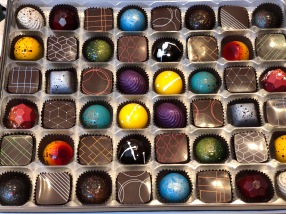 When Nick lived in Kansas City, he would take visitors to Christopher Elbow, his favorite chocolate place. While we were walking around San Francisco, we came across their only other location! Nick was thrilled! 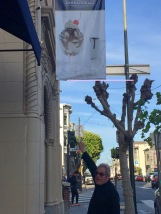 Frank can never pass up a sundae from Ghiradelli.

I have to admit, we got a big kick out of the names of places in the Castro neighborhood!

We took a couple rides north and south of the city. This part of northern California features some of the most beautiful scenery in the United States.

A couple hours along the picturesque Coast Highway is the Monterey peninsula. We took a ride one day to visit the Monterey Aquarium. I LOVE aquariums (as some of you may remember from our trip to Portugal!) and this aquarium was amazing! 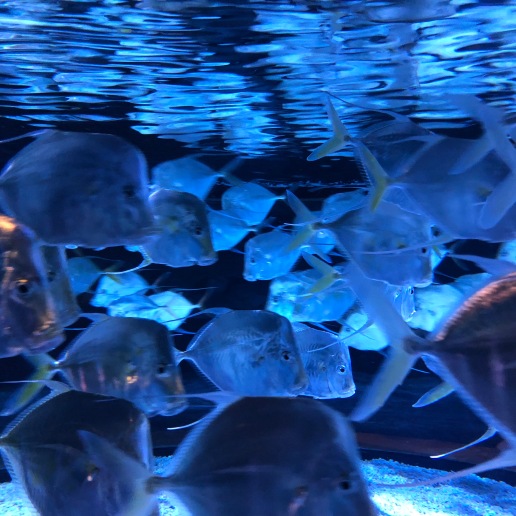 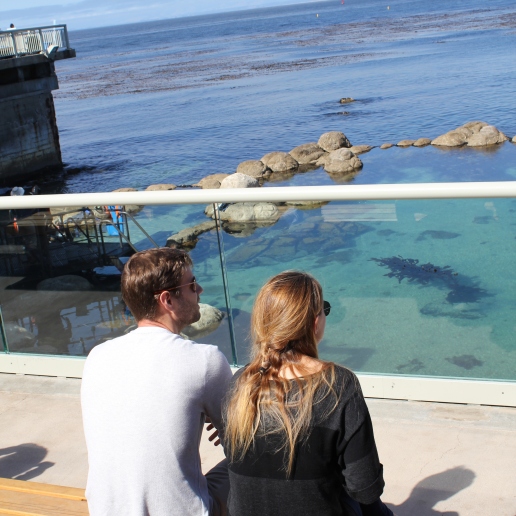