Design a site like this with WordPress.com
Get started

Frank and I have come to see Bozeman as a second home. It’s relaxing. We have family here. We arrive and easily get into our routines. Frank has his pool. I have my hikes. We have our favorite bakeries, restaurants and grocery stores. It’s easy.

That said, every time we come we discover something new and fun in this beautiful area of the country. And sometimes we have visitors : )

It’s been a rainy June in Bozeman. 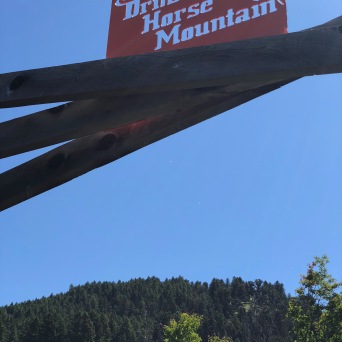 I have my favorite hikes like Pete’s Hill (above) and Drinking Horse. 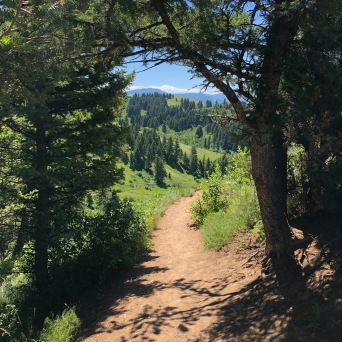 As kids do, Jenny’s are growing up. Sienna and Cee Cee just finished 8th grade. 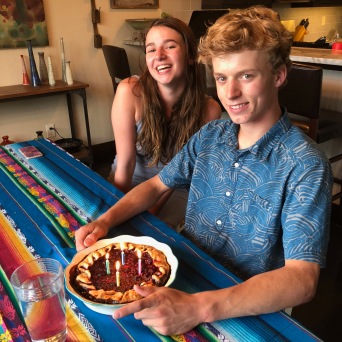 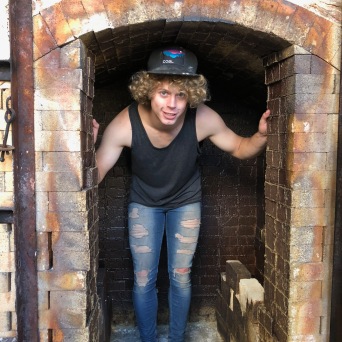 We visited Jordan in Missoula. He showed us his kilns where he does all his pottery.

did Jenny. She made a plate-licking huckleberry pie.

Our favorite food truck changed to tacos and crepes – no more bbq ribs – but still a good stop.

First trip to the Bozeman “beach”

Jenny and I got very excited when we heard who was visiting . . . 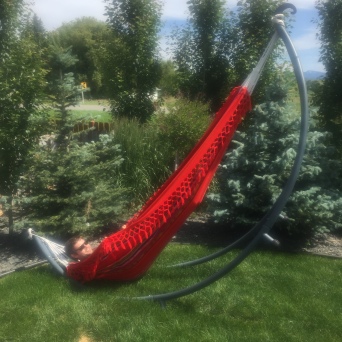 He always makes us laugh! 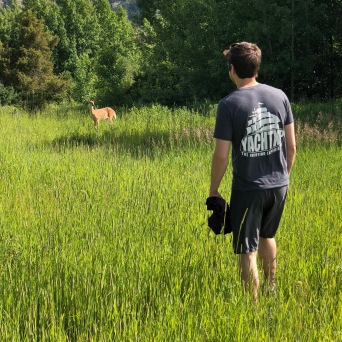 4th of July in Big Sky – nothing like family!
Advertisement

I’ve previously mentioned how traveling can nudge you out of your comfort zone. When you’re home, it’s easy to become complacent, “Why would I want to do that?”  Traveling gives you the opportunity to stretch and say, “Why NOT?!”

Although the things I’ve done in Bozeman don’t quite rise to previous “levels of wild” (i.e. skydiving, diving with sharks, walking with lions), I did push myself a couple times.

The “M” has always intimidated me by its steepness and height.

This year, I decided to try it. 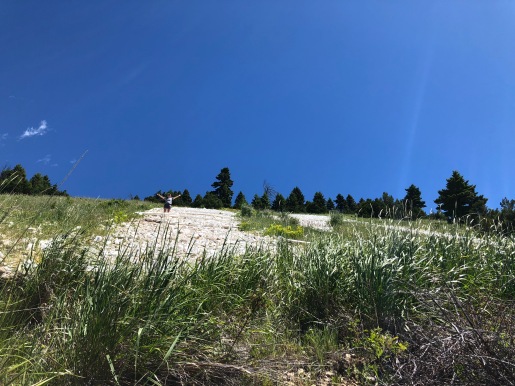 Evidently, bridge jumping is “a thing” in Montana. Why would I want to do that? I hate cold water (yes, I’m one of those who has to walk in an inch at a time before going under). I don’t like heights. And who wants to jump into a dark hole when you don’t even know what’s in it or how deep it really is.

Even the girls debated whether or not to jump . . .

But then they did!

and then Cee Cee

After a while, I went and sat on the bridge. Sienna came up next to me. “What are you afraid of? What’s the worse that could happen?” she asked. “It’s deep enough. It will be cold but I will have a warm towel waiting for you.”  Who could argue with that?!! 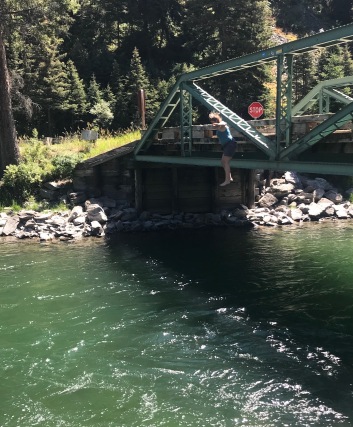 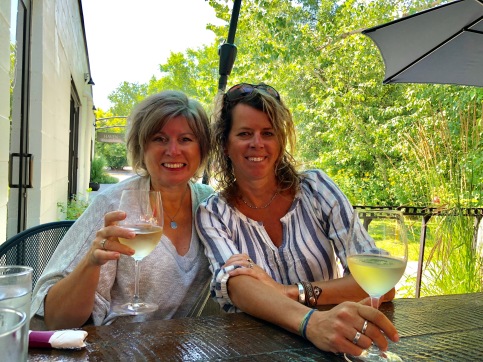 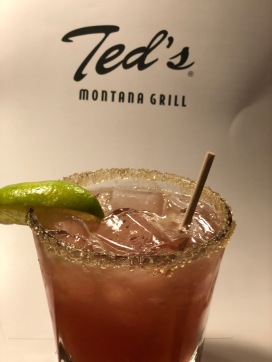 We spent the month of August back in Bozeman. We were hoping the June rains would hold back some of the wildfires but no such luck. The air was often thick with smoke and the mountains frequently obscured. But it was still beautiful and we enjoyed more time with friends and family. Sienna is starting high school so I happily joined Jenny on a girls’ back-to-school shopping road trip to Salt Lake City — so fun! Before we knew it, Frank celebrated another birthday in Bozeman and it was time to head back to Milwaukee. 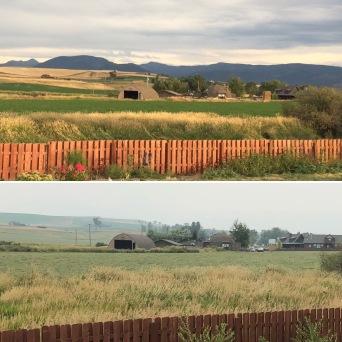 The mountains – first you see them, then you don’t! 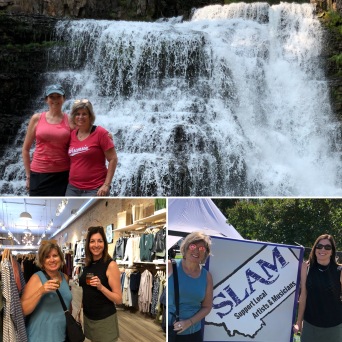 Had lots of fun with Susan who visited from Milwaukee.

She even did a bridge jump!

Susan’s cousin was in town and we ran into her at Music on Main. 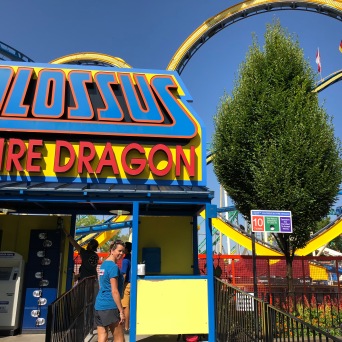 We spent a day at Salt Lake’s Lagoon amusement park. 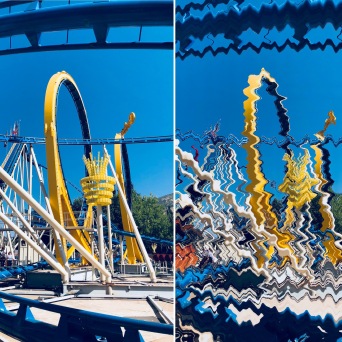 Before and after views of the Colossus roller coaster. 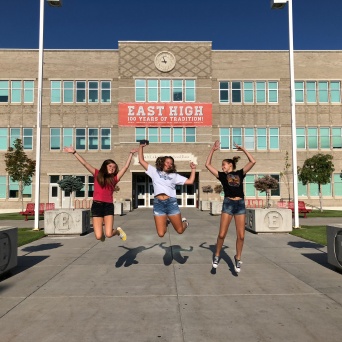 A highlight for the girls was visiting the school where they filmed “High School Musical.”

We randomly ran into a guy who was happy to give us a tour of East High. 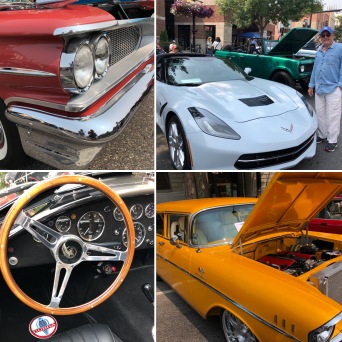 Birthday dinner with the chicks.

On our last night, Sienna made us dinner.

The day we left she had her first day of high school. Where does the time go?

Read about another Bozeman summer (including wild fires, a visit to a rodeo and even an earthquake!) in this 2017 post.