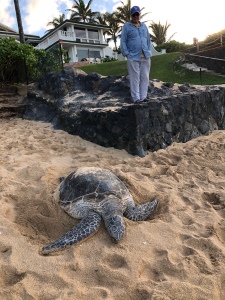 Frank and I are staying at our friend’s house, which sits on a small beach. Aside from being absolutely beautiful, we were delighted to discover that the area is a sea turtle hangout! Almost every day we’d rush outside and spot several in the water or catching rays on the reef and beach. Then the “bad” weather came — strong winds, high surf. For over a week, there were no turtles. Last night, we were happy to find a gentle giant sleeping soundly on our beach. Today, there were a bunch — sunning and swimming along with the beach goers. We’re beyond thrilled to have them back!

So what makes these creatures so captivating? I keep telling Frank they look prehistoric, which, in reality, they are. Sea turtles have been swimming earth’s oceans for over 100 million years, pre-dating many dinosaurs.

I searched “the Google” and found a few more turtle factoids . . .
• Five of the world’s seven sea turtle species can be found in Hawaii. We’ve spotted two, the green turtle (the most common) and the hawksbill. All seven species are considered endangered or threatened.
• Green turtles aren’t green. They get their name from the color of their body fat, not the color of their shell.
• Sea turtles can weigh up to 400 pounds and are primarily vegetarians. They eat algae and seaweed. Frank read that once in a while they’ll eat shrimp.
• Sea turtles can live up to 150 years.
• In Hawaii, sea turtles are federally protected and it’s illegal to touch or harass them. 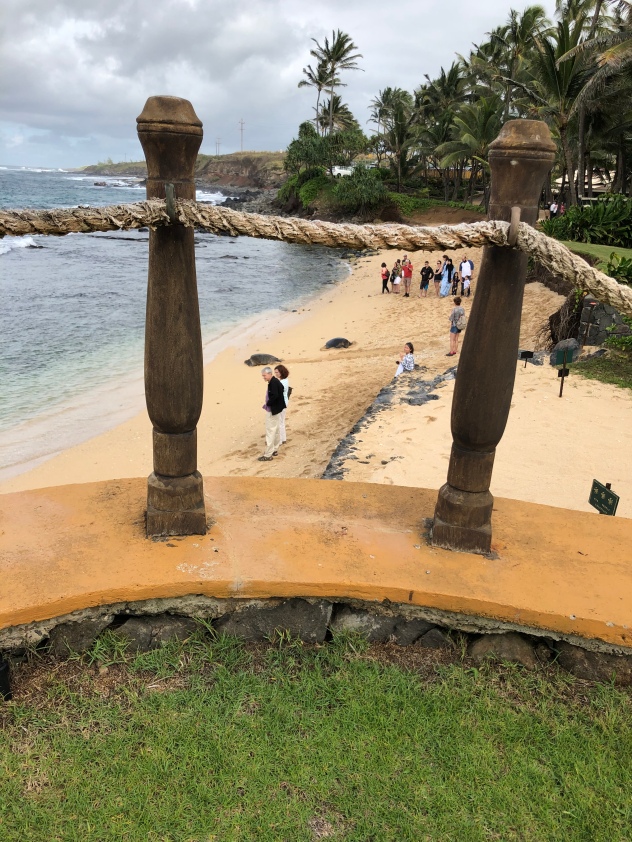 Who doesn’t get a kick out of seeing these fascinating creatures? 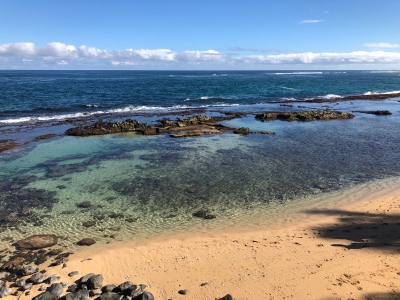 This is the reef and beach in front of our friend’s house. 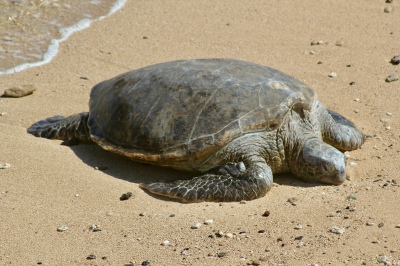 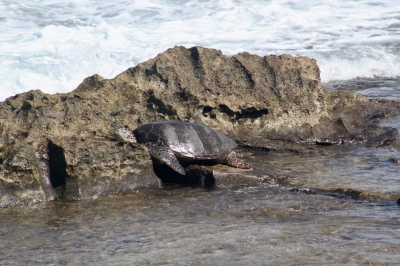 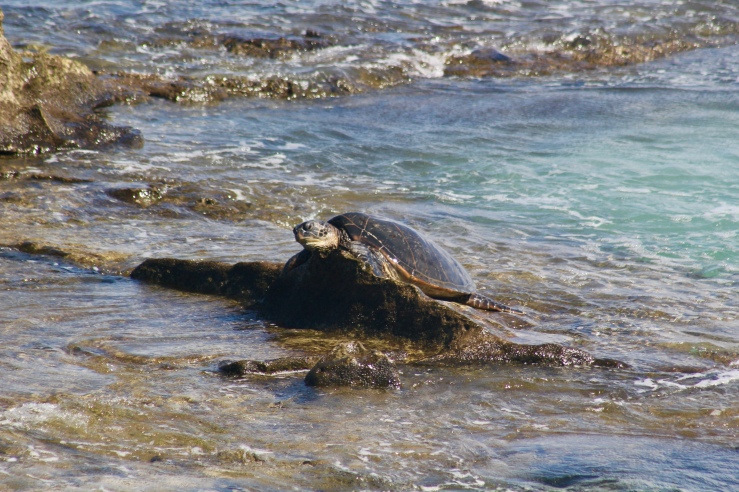 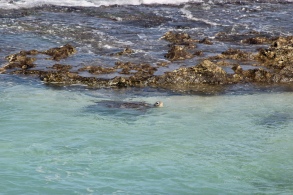 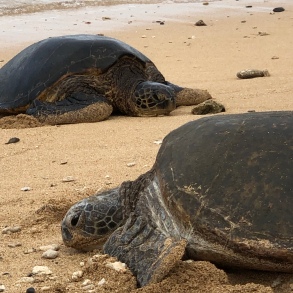 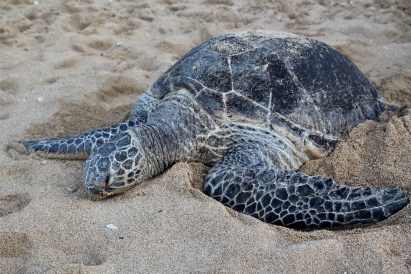 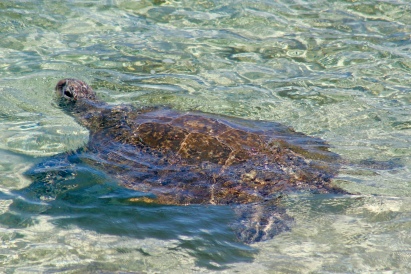 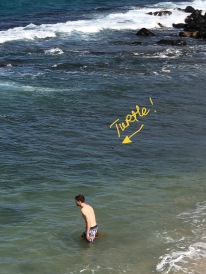 Although NIck was here for the start of the wild weather, he was fortunate to make a new friend while taking a dip. A young sea turtle seemed unable to fight the waves and currents so he hung around inside the reef.

2 thoughts on “Our Turtles Are Back!”